THE BUSH AND THE DOG 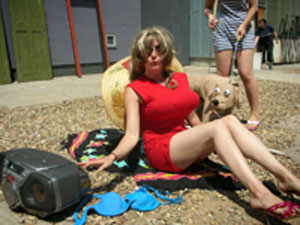 Although, The Bush and The Dog has been done under Allez!!! Theatre, it has involved many members of Rouge28 Theatre.

the Bush and the dog: a taster

The last sketch of the show, The Female Bush